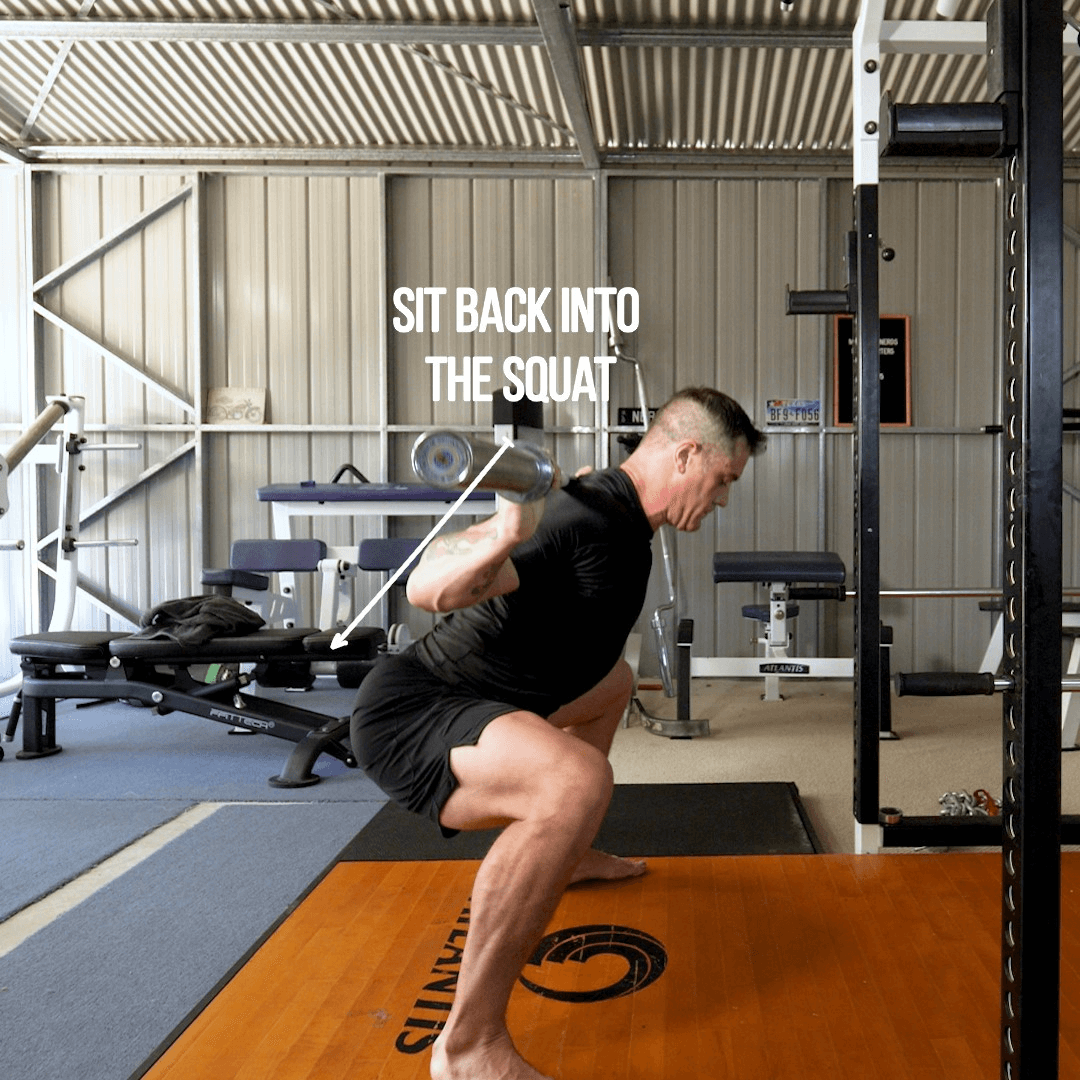 In recent times, the Deep Barbell Back Squat has become one of the benchmark lifts of strong lifters around the world. By recent, I mean within the past century.

Have you ever wondered about the origin of the back squat, especially in its current state?

But, where did the weighted flat foot deep knee bend originate?

The current generation might be surprised to know that we didn’t always have racks to lift from. Did you also know we didn’t always have cell phones and the internet? I know, crazy to envision a world with no technology, but alas, here we are. In fact, barbells were near impossible to acquire until the turn of the 20th century.

The first dedicated type of squat was basically feet together, on toes, squat to a deep position, with the knees pointing out to the sides, and the torso completely vertical to the ground. This would be considered a very strange lift these days, but I’ve seen weirder shit in gyms over the past 30+ years that I’ve been lifting.

I mean, traditionally a deep knee bend was used as an indigenous resting posture, or a position to poop so that you didn’t crap on your feet. So when did we start deciding to load 200kg on a bar and perform a movement that’s evolutionarily weird and artificial to the body?

Pre-1930’s the majority of dedicated fitness training was found through calisthenics and gymnastics style training, if you trained at all. It wasn’t exactly common practice to “hit the gym,” and even things like bodybuilding were considered fringe and taboo until the past few decades.

I remember being a personal trainer two decades ago. It was a completely different world, full of weirdos that just loved to lift weights and do crazy feats of strength and athleticism. Now it’s as common as texting a friend. My how times change.

In the early days when power racks had not been invented yet, high rep squatting was incredibly common. If you think about it, it’s not really practical to squat 200kg without having a power or squat rack. How are you supposed to put it on your back? But, power clean and pressing or jerking lighter weight and doing high reps were within the realm of possibility.

Then along came Henry Steinborn, who popularized the Steinborn lift. Essentially, you would load a bar, lift one side, crawl under the bar, get the bar levelled on your back, and start squatting. This lift is still a common lift for strongman (and strongwoman) training and competition.

It was said that Steinborn could squat 500lbs for reps in this manner. Personal opinion, I think it’s a fun lift, but there’s a high risk to low reward ratio, so I’ve never programmed it for anyone unless it was going to be a lift for a strongman event. Specificity rules the game.

I’m not really sure when the first squat rack was invented, as I find the history around this subject is pretty cloudy. However, it seems that their popularity started rising sometime in the 1950’s or 1960’s. As people observed the effects of heavy squatting on their size and strength, basic economics came into play; it’s simple supply and demand.

Nowadays squat racks belong to gyms like peanut belongs to jelly. And for good reason, as doing squat based lifts are an incredible tool for both size, strength, and health.