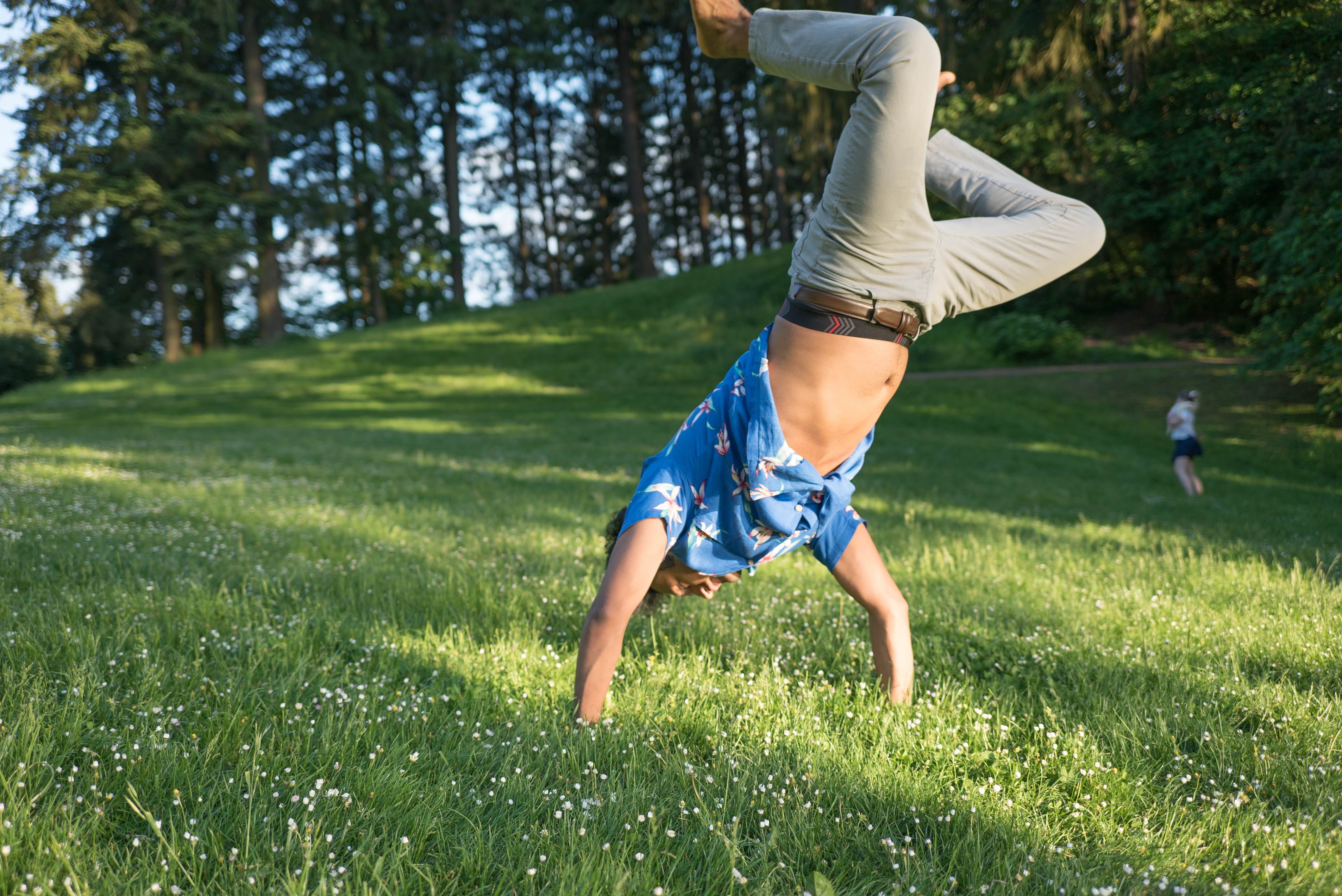 We’re very lucky here in Australia. Our city Councils really look after us, at least I feel they do anyway. Being grateful for them makes me feel okay about paying taxes, so that can only be a good thing, right?

One of the really cool things about Australia is that we have a LOT of parks. They’re everywhere – dog parks, kid parks, barren parks, parks filled with leafy greens and leafy browns (that some would call bushland).

The Councils install exercise machines in many of these parks – things like pull-up bars, dip bars, stationary bikes, even cross-trainers if they’re feeling fancy. You don’t need to be able to afford a gym membership to work out here (not that you do anywhere really – all you need to do is let go of your excuses and you’re away laughing, or running, whichever works for you). We also have an incredible climate, so there is rarely an excuse not to get outdoors and reap the benefits of movement and vitamin D.

I was out walking Daisy recently when I saw a very overweight man using an ab machine the Council had so thoughtfully installed. This man was doing crunches, a lot of them. Daisy is a very slow walker (bad hips and knees, you see), and from the time I spotted him in the distance, up until the time we had passed him, he never stopped crunching.

The first thought that came into my head (the kind of thought that just appears without any warning) was “What a waste of time”. I then caught myself being judgemental and thought “At least he’s out here doing something!”

I then got into a full-blown argument with myself, which went something like this:

“Yeah he’s out there doing something, but he could be putting in the same effort with a more reward yielding exercise.”

“No one enjoys doing crunches!”

“Perhaps it’s all he can manage right now?”

I had to stop and shut myself down, because there will ALWAYS be a better way to do it. Unless you are a professional athlete with the employ of elite-level world-class coaches, there will always be a better, more effective way. But you know what trumps optimal? Practical.

With general population trainees, practical will win over optimal every day.

While I may not think that doing crunches in the park is the most optimal, I am most definitely not in the position to decide whether it is the most practical for this man. Perhaps crunches make him feel a sense of achievement and feel good about himself? Perhaps, with his seemingly limited amount of knowledge, this IS the most practical thing for him right now.  At least this man is out there doing SOMETHING. It is hopefully the start of an ever-evolving journey for him. If he can use doing crunches to set up an on-going habit of just doing, then the fine-tuning can always come later.

Good on you, man at the park! Good on you for just DOING!